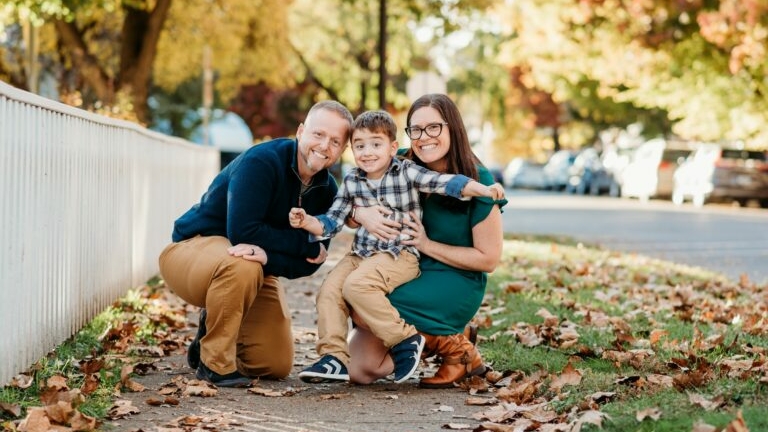 For Kristin, adoption was always an option, “I’m adopted. So I think in the back of my mind, I thought I would have a child through adoption.” Jamie and Kristin knew adoption was expensive, but since they were not able to have children biologically, they knew they wanted a child and how that child came to them didn’t change the love they would have for him or her.

Kristin describes their adoption process as a whirlwind. They worked with our Executive Director, Sara Baker, at her former agency. They were introduced to Sara through a friend after starting their adoption at another agency, but with little response. With Sara, they were matched quickly in January 2017 with a birth mother in Louisiana who was due in June of that year.

Unfortunately, this initial match did not work out and the adoption was terminated. Kristin and Jamie took a substantial financial loss from this termination but they were determined for another match. “It had taken over a year to get here [by the end of May], I was not expecting anything to happen anytime soon,” said Kristin. However, shortly after, on July 5, their son was born in Louisiana. The next day, Sara called Kristin to inform her of the birth and that his birth mother had chosen them.

Of course, Kristin had many questions about this unexpected match, “Is there drug exposure? Is the baby healthy? Why is the baby in the NICU?” After a facilitated phone call with the birth mom, who said she wanted to set up the adoption plan, Kristin and Jamie started packing the car for their 13-hour drive to Louisiana.

Despite arriving at their destination at 1 o’clock in the morning, their son’s birth mother wanted to meet at the hospital immediately. For several days, Kristin and Jamie spent time getting to know their son’s birth mom and visiting their son in the NICU, as often as they could. Their son was discharged one week later and after finalizing paperwork for interstate adoption, they were able to travel back to Indiana as a family.

The entire adoption was an absolute whirlwind and Kristin felt materially unprepared. “We had a car seat and stuff for a baby girl at home. We had to order via Amazon Prime and visit Bye Bye Baby in Baton Rouge ASAP because we had nothing. We weren’t expecting this.”

Despite the heartache and excitement, Kristin says that they could not have done it without Sara. “She was so responsive, sweet, and so caring. She has the all-around humor mixed with authenticity that we needed at the time. She kept it real, knowing that I could handle the reality.”

Today, Kristin sits on the Board of Directors for Courageous Hearts Adoptions. “I wanted to support Sara in her new endeavor [to start an adoption agecy],” said Kristin. “I liked that they were not a faith-based agency since we were turned down by some faith-based agencies. Courageous Hearts works with ALL people. You don’t have to be a certain religion or have a certain relationship to raise a child. You need a stable and loving home.”

As far as advice for future parents, Kristin says it can be a hard and long process and you need to understand early what your limits are – what you’re willing to accept and not in regards to medical needs, amount of contact with birth parents, money, etc. Kristin says to write that down and remove all emotion from the equation.

“Don’t make that decision when you get the call and will do ANYthing to hold that baby in your arms. Know what you are willing to give and get and stick with that. It’s okay to learn more and know more and re-evaluate or change your mind. Just don’t do it in the emotion of a quick decision.” 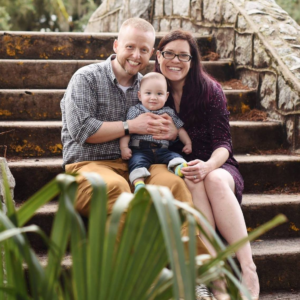 In addition, Kristin warns that everyone is going to have an opinion on what you should and shouldn’t do in adoption and foster care. “Tune them all out,” she says. “The only people that matter are you, your partner, your immediate family, and whomever you choose as your little village.”

Finally, Kristin wants new adoptive parents to be prepared for mental health challenges post-adoption and to know that their “pain and anxiety are valid.” For her, she had extreme post-adoption depression and anxiety – likely resulting from an immediate life change and lack of sleep as new parents. While Kristin didn’t struggle bonding with their son, she was more so terrified of being a new mother. “Thank GOD for my husband. I had no clue what I was doing and was getting inside my own head about it. I think I missed out on some things but it is what it is. I got better, but those first couple of months were so hard.” She explains that new adoptive parents can have a lot of guilt for feeling pain and anxiety post-adoption. “You don’t want to screw up because someone else has given you their child. And you feel like you can’t complain because it’s not post-partum, you didn’t give birth to the child yourself.” But your pain and anxiety are valid. And it’s not easy for anyone to raise a child.

Kristin is thankful for her son and their open adoption plan. Their son has siblings with an adoptive family in Missouri and they stay in close contact with them. She sends his birth mother photos and cute random things as much as she can on Facebook. Kristin says, “I wanted the ability for my child to have contact if they ever wanted to have that.”

At Courageous Hearts, we encourage open adoptions. Open adoptions allow for healing and relationship building. In addition, they facilitate necessary connections for adopted children to understand themselves and their cultural or familial identities. But the adoption plan is always up to the birth mother and her level of comfort and need. 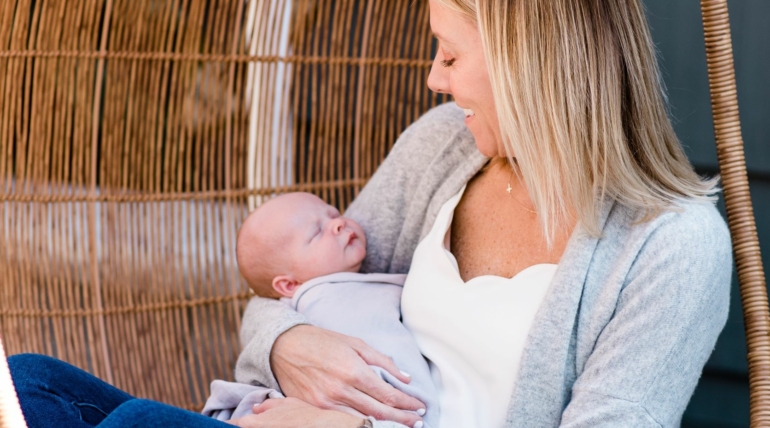 Johnny Was Worth Every Waiting Moment 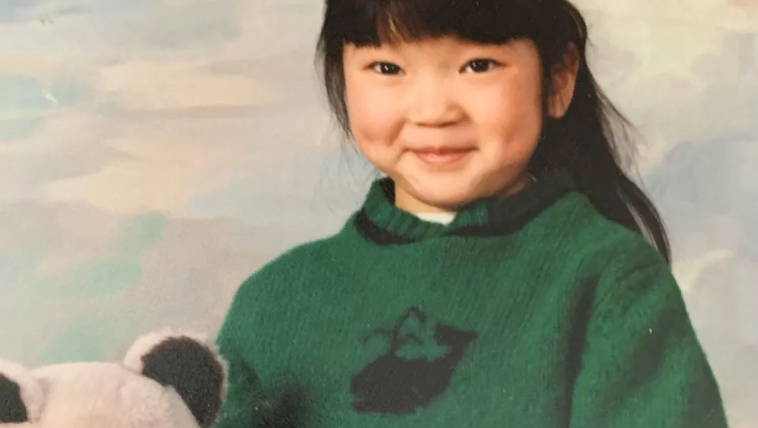 How Taylor Embraces Her Adoptee Identity