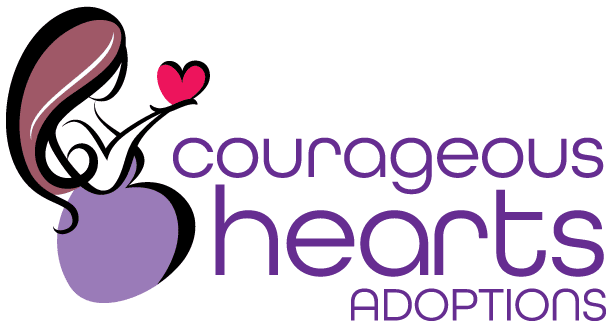 I Am Interested in Placing My Baby for Adoption 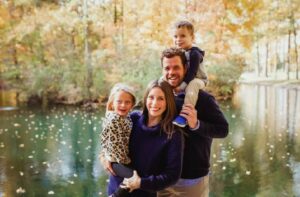 Laura and Tommie met in elementary school in Fort Wayne, Indiana but wouldn’t connect as a couple until after graduate school. Laura moved back to Fort Wayne to be closer to family and to Tommie and they soon married. They knew they wanted to start a family, however, they found out they could not conceive and started to consider adoption.

Their adoption process was rather quick (8-9 months) but would be one that was difficult for them emotionally. Locally, they worked with Catholic Charities for their home study and were connected to Laronda and Sara for the adoption. They were matched for adoption just two weeks later.

The expectant mother lived in Indianapolis, which wasn’t too far from where they lived, and they were with her for six months of her pregnancy, connecting and supporting her, and eager for the birth of their child. Unfortunately, and for unforeseen reasons, just two weeks before the birth, she chose to place with another family. This was instant and deep heartbreak for Laura and Tommie.

During this time, Laura reflects how important her relationship with Laronda, their adoption coordinator, was: “I could not have gone through the failed adoption without Laronda. She helped guide us and answered any of our questions.”

But Laura is now confident that this failed adoption was “meant to be.” Two weeks later, another expectant mother, this time in Kentucky, chose them. “It felt perfect. It was right,” Laura said. 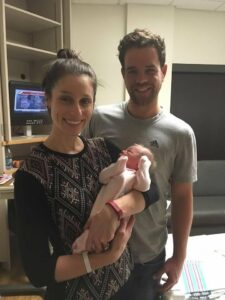 One month later, they were asked to be in the delivery room with the birth mother, whose family was also in the room. Laura and Tommie were the first people to hold their new daughter Anna and even got to cut the umbilical cord.

At the birth, a sheet was kept up. The birth mother has never seen Anna in person, says Laura. They have a semi-open adoption and keep in touch via social media. Anna has also sent her birth mother some cards, art, and videos from time to time. Laura wants Anna’s birth mother to meet Anna when she’s ready:

“I can’t wait for the day for them to meet. We want Anna to meet her! We love each other, we are family. She knows we wouldn’t keep Anna from meeting her.”

To the surprise of Laura and Tommie, six months after Anna’s birth, Laura found out she was pregnant. They had started the adoption process again, but decided not to proceed with the addition of a second child. Laura says, “Our family is perfect as it is,” and “Everything is meant to be. There is a plan. When the right match comes along, it’s what God has planned for you. We had the failed adoption and so glad we did because it led us to Anna’s birth mother.” 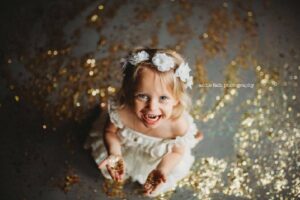 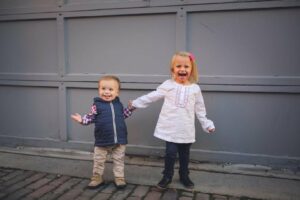 Laura is so thankful for the work Laronda and Sara do to not only make the adoption process easier but to comfort parents during this vulnerable time. Importantly too was that they helped Laura and Tommie with resources and grants after the failed adoption. 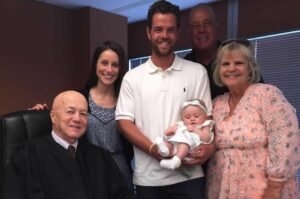 Adoptions are so expensive, and if the adoption fails, you lose many of the fees that accompanied the match. Knowing this, Laura and her husband work to give back to other adoptive parents. Last spring, they coordinated a shoe drive through Funds2Orgs, which donates the 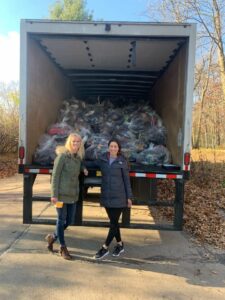 shoes to developing countries and donates money to a charity based on the weight and amount of shoes. Though this money was going to be used for their own adoption, when they decided not to proceed, they donated the money instead. They collected 2,500 pairs of shoes for that donation! This past fall, Laura coordinated another drive with her Chapel MOPS (Mothers of Preschoolers) group. They collected 1,400 pairs of shoes and the donated money to Courageous Hearts will go to help offset the fees for another prospective family. 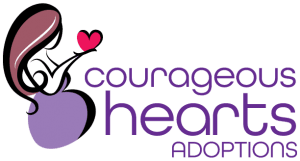